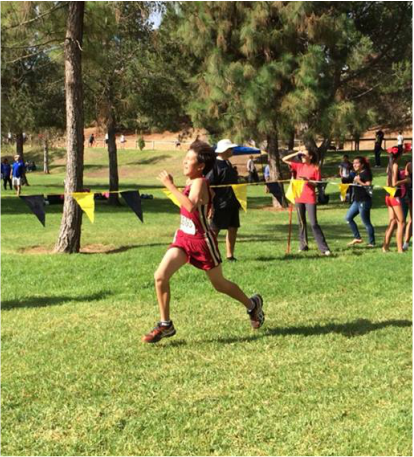 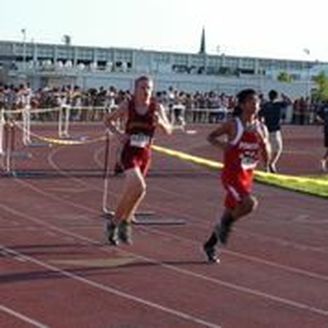 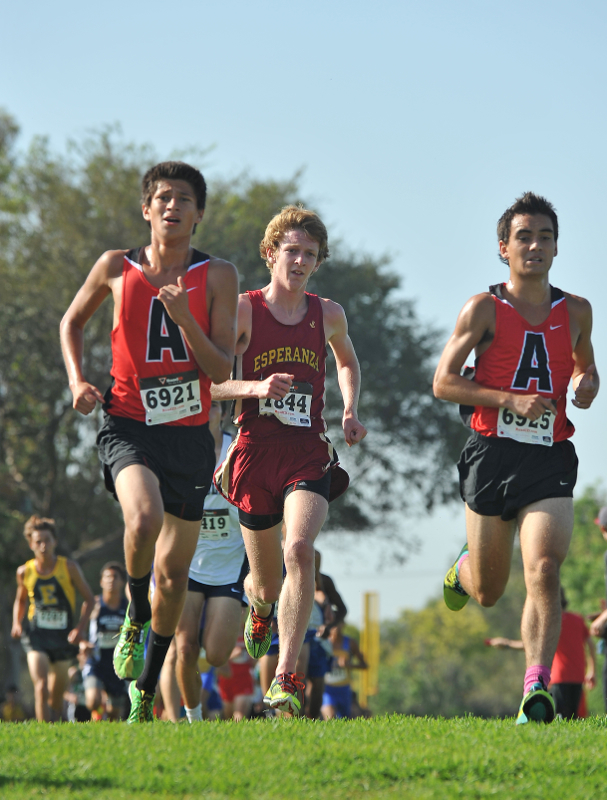 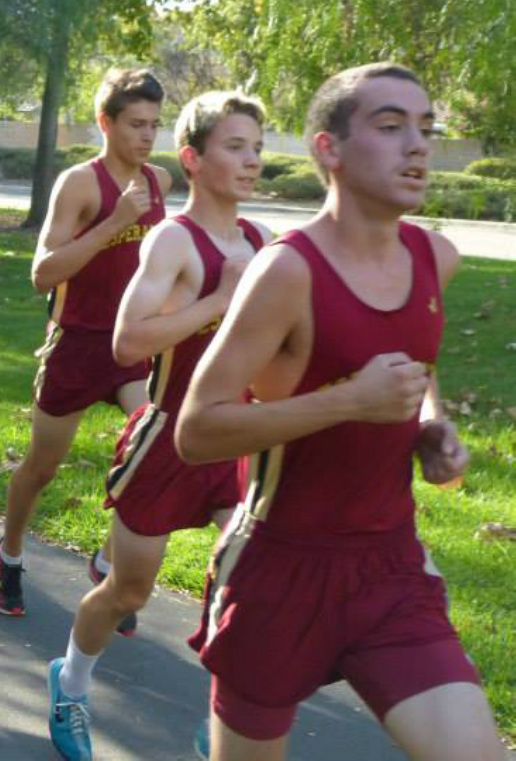 Freshman Nathan Wilch splits sophomores Michael Norrbom and Tim Romero. With a little more than a half mile to go in the race, Nathan took off and ended up finishing in 17:13, 27 seconds in front of Tim Romero. That must have been some kick! 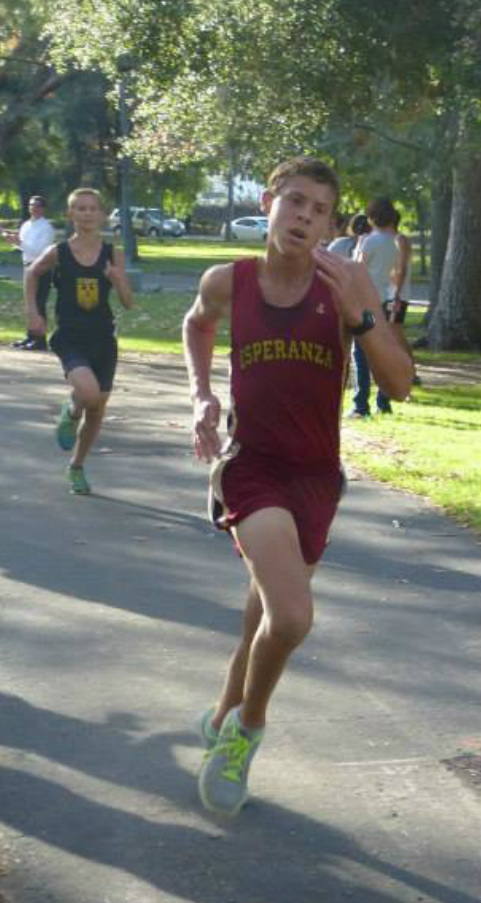 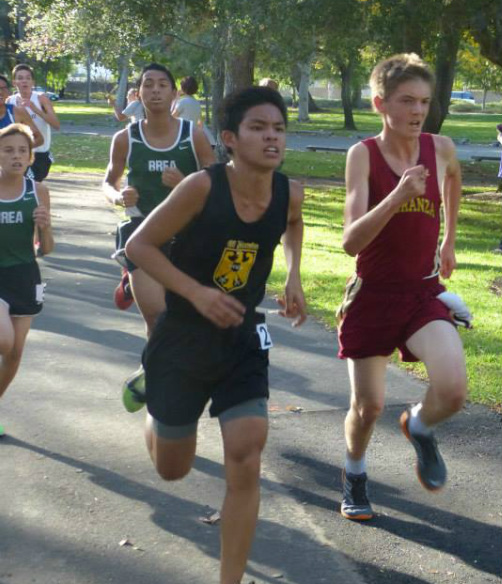 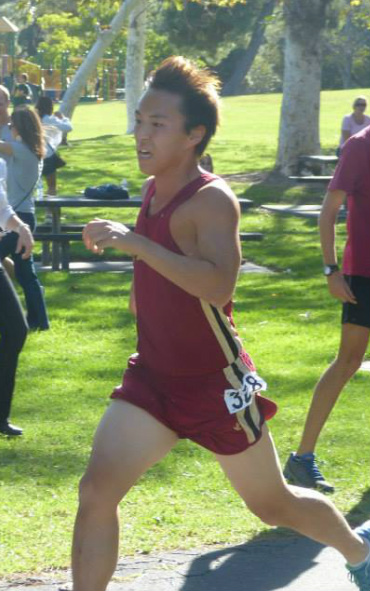 Senior David Jeong sprinting down the homestretch in a personal best 17:44. 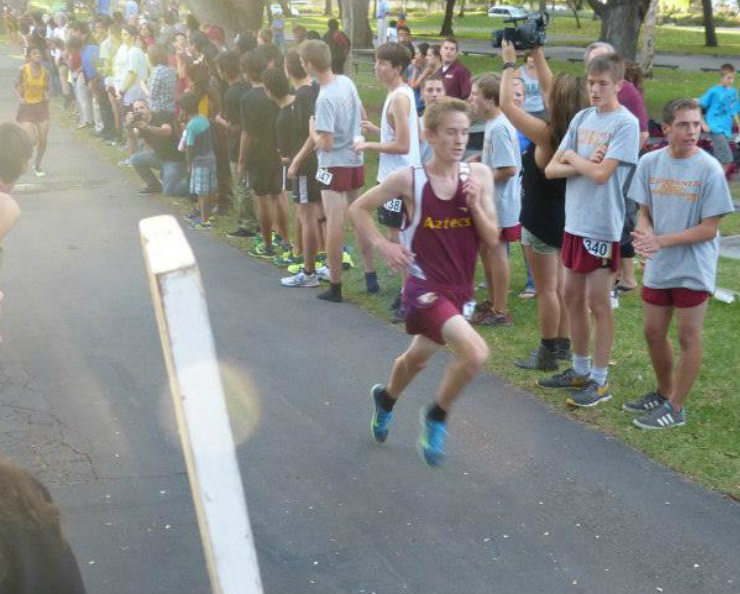 Junior Brandon Powell en route to a personal best 15:48 performance. He would finish as #1 man for the Aztecs.
League Finals Green Sheets 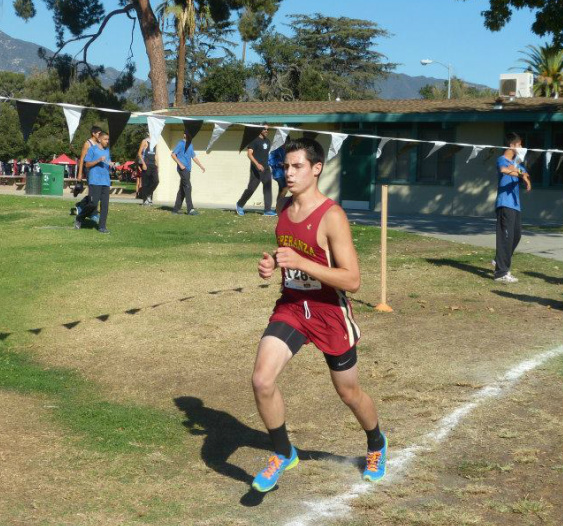 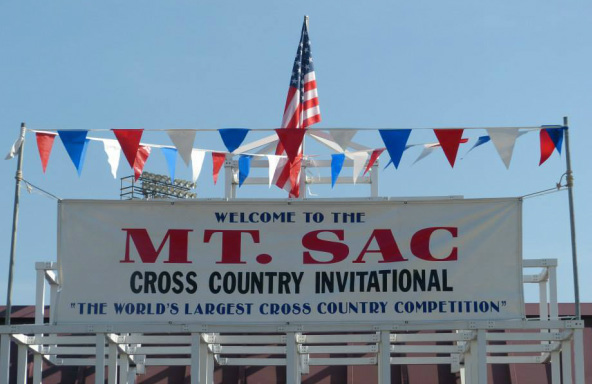 Mt Sac Invitational 2013
Race conditions were near perfect for the varsity race. It was fairly warm for everyone else, but nonetheless we competed among some of the best Division 3 programs in Southern Section.
3 PRs , LOTS of Course PRs.
Athlete of the Meet:
Nathan Wilch 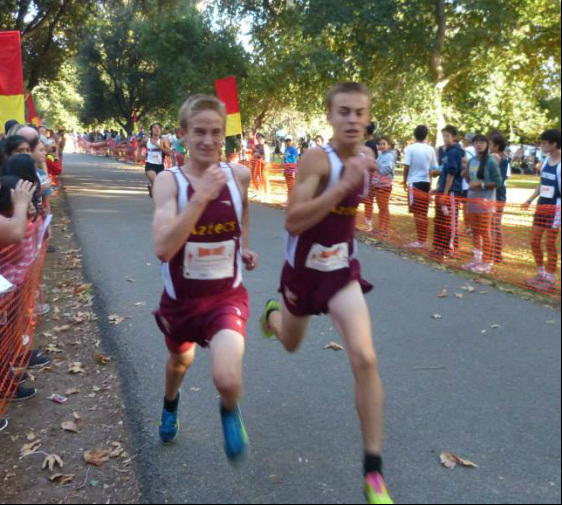 It was pretty warm conditions out there on the course today, but we ran tough.
7 Personal Records and 10 medal winners.

Athlete of the Meet is found in the Green sheet below.
Team Results
OCC Green Sheet 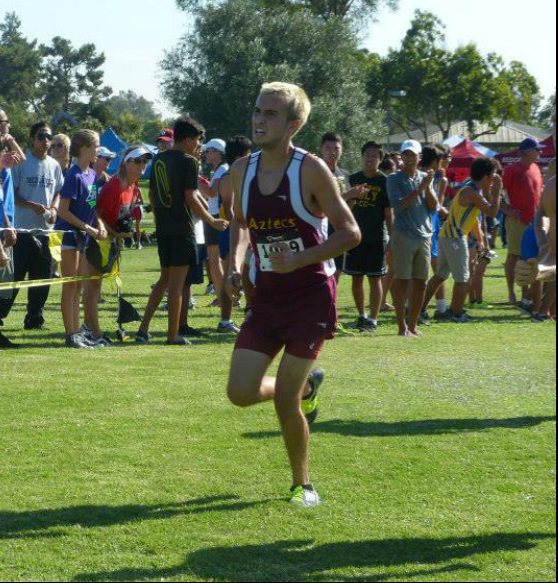 It was a hot and windy day. This was not a PR day, but we came and we competed. Andrew Chapin did a fine job pacing the JV team with his 24th place finish. It's his second time finishing as the #1 scorer.

The Freshmen looked strong as well. Led by David Tecker and Nathan Wilch in 18th and 21st place, the Aztecs placed 4th overall in the Freshman race. It couldn't have done without the help of  Noah Freeman, Hunter Talbott and Devin Gibbons rounding out the #3, 4 and 5 spots for the Aztecs. They also happened to snatch up the final medals as well, finishing 32nd, 33rd and 35th.

Senior Javin De La Torre and Junior Matt Greenberg led the Aztecs as the #1 and #2 men on Saturday, placing 22nd and 31st in the Division 2 Varsity race. 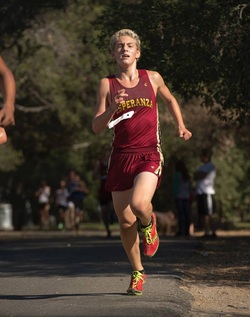 Athlete of the meet: It's gotta be 8th man Logan Welty. Highest finish on the team in his career.